Ostrołęka C has a full set of administrative decisions. They became final in 2010-2011 which is why they no longer give right to exploitation of the power plant in the time of new emission limits.In addition, the construction and operation of the Ostrołęka C power plant is a matter of concern for residents who are afraid of living in the shadow of a large industrial investment which is not meeting actual emission standards.

On 07.09.2010 the Mayor of the Rzekuń municipality issued a decision concerning environmental conditioning for the investment which means erecting the Ostrołęka C power plant with 1000 MW capacity according to the location variant III A and technological variant I. The decision became final on 15.11.2010.

On 14.01.2011 district head in Ostrołęka issued a decision which approved the building project and the permission for erecting Ostrołęka C with 1000 MW capacity along with essential facilities (engineering, power grid) in Ława, Rzekuń municipality. The decision was issued for ENERGA Ostrołęka S.A. It became final on 14.04.2011.

By decision of 16.02.2012, the Starost of Ostrołęska (district head) agreed to transfer the building permit to another entity - Elektrownia Ostrołęka S.A. The Starost's decision became final on 07.03.2012.

Geological arrangements: By decision of 27.07.2010, the Minister of the Environment approved the geological work plan, and by the notification of 10.11.2010, he adopted geological and engineering documentation establishing the geotechnical conditions for the foundation for the project titled “The building of Ostrołęka C Power Plant with 1000 MW capacity".

With decision from 21 March 2011, the Marshal of the Mazowieckie Voivodeship granted an integrated permit for running installations in the power industry for burning fuels of nominal power of 2 151 MWt fuel, located in Ławy, Rzekuń municipality. The permit was granted with a 10-year validity period, starting from 01.06.2016.

On 1 July 2016, the investor applied to the Marshall of the Mazowieckie Voivodeship for postponement of the starting date of the emission allowances from 1 June 2016 to 30 September 2022. On 16 September 2016, the Marshal issued a negative decision. The decision was appealed to the Minister of Environment. On 9 November 2016, Minister Jan Szyszko changed the integrated permit in the scope of the date of commencement of operation. The deadline from which the issue is permissible is postponed to 30 September 2022. The permit was issued for an indefinite period.

On 12 July 2018 an application was filed for the annulment of the Minister of Environment decision regarding the integrated permit validity, referring to a flagrant violation of the law.

In December 2016, ENERGA SA and ENEA SA announced a tender to select a general contractor for the Ostrołęka C power plant. The contractor is obliged to design, obtain the necessary decisions on planning permission, site preparation, carrying out construction works and obtaining a permit for use before final commissioning. Only 5 entities received the call for competitive dialogue on the construction of a new 1,000 MW unit.

The results were announced on 4 April 2018. Finally, the offer submitted by GE Power Sp. z o.o. and Alstom Power System S.A.S won. Such a resolution was also recommended by the assembly of the Ostrołęka C Power Plant partners.

On 12 July 2018, an agreement was signed with the representatives of GE Power sp. z o.o.- Alstom Power Systems SAS consortium and Elektrownia Ostrołęka sp. z. o.o. (special-purpose vehicle) for the construction of the Ostrołęka C coal power plant. In response, EuroRating lowered the credit rating of Energy from BBB to BBB-. According to EuroRating, the resignation of the investment in Ostrołęka at an early stage would have a positive impact on the company's credit profile.

Signing the contract is not tantamount to agreeing to issue a work commencement order (NTP). This order, as reported by PAP, is to be issued prior to the decision of the power market auction. 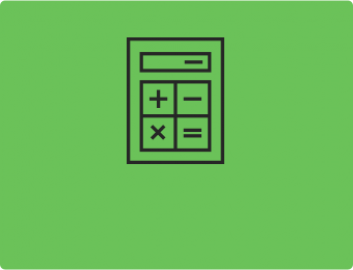