On Monday (16.04.2018) 8 civil society organisations: Pracownia na rzecz Wszystkich Istot, Fundacja Rozwój TAK – Odkrywki NIE, Stowarzyszenie ekologiczne EKO-UNIA, Towarzystwo na rzecz Ziemi, Stowarzyszenie Ekologiczno-Kulturalne Wspólna Ziemia, Polska Zielona Sieć, Fundacja Frank Bold i Zielony Instytut, called on the largest privately managed pension funds in Poland to divest from ENERGA and ENEA, the two companies implementing the project to build Ostrołęka C, a 1000 MW coal-fired power plant. The appeal is addressed to AXA, Aviva, PZU, Allianz, Nationale Nederlanden and Generali. Despite their declared commitment to human health and the environment (e.g. Aviva has installed 300 air quality sensors) all the above pension funds are still holding shares in at least one of those companies while Generali, Allianz and PZU have been found to insure investments into harmful coal energy. Meanwhile, independent experts are sounding alarm that the operation of Ostrołęka C will lead to even 2000 premature deaths and almost 110 000 cases of asthma in children over the economic lifetime of the project.

Investing in expensive, inefficient and harmful coal energy is socially irresponsible. It also undermines the efforts by multiple states and institutions to combat climate change. “Profit-oriented companies, and especially ones that claim to be committed to the environment and human health, should distance themselves from this investment”, says Radosław Ślusarczyk of the Workshop for All Beings, a member organisation of Poland’s Climate Coalition.

The double standard is not the only problem regarding the pension funds’ involvement in Ostrołęka C. The power plant is going to be the most expensive and least useful coal-fired power plant in Poland. According to studies by professor Jan Popczyk of the Silesian University of Technology and Michał Hetmański and Filip Piasecki of Instrat Foundation, the project is financially irrational and its cost has been grossly underestimated. It is also facing major regulatory problems. The Polish capacity mechanism does not guarantee the power plant’s economic viability, and the investor holds no valid integrated permit, without which a decision to proceed with the project is subject to a great risk of delays and further financial problems.

The civil society organisations expect the funds to divest from Energa and Enea until the companies close the Ostrołęka C project. They pledge to check the funds’ reaction already in June 2018, during the general shareholders meetings of the two energy companies. 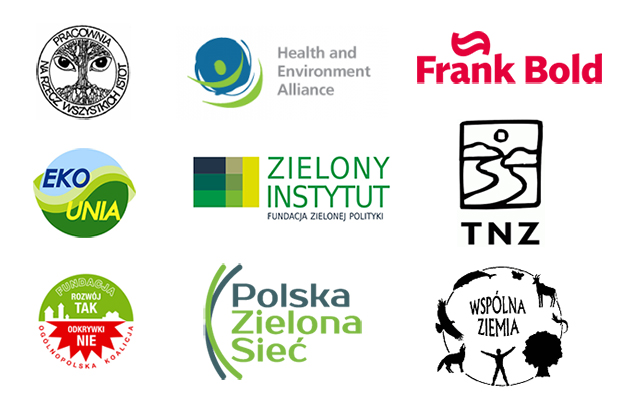